Celebrating Christmas varies from country to country and across different cultures and traditions. With beaming and colorful decorations, the all-out love for food, the importance of religion, the warmth of family, and the many quirks and eccentricities that each celebration possesses, the Holiday season in the Philippines will always be one of a kind. 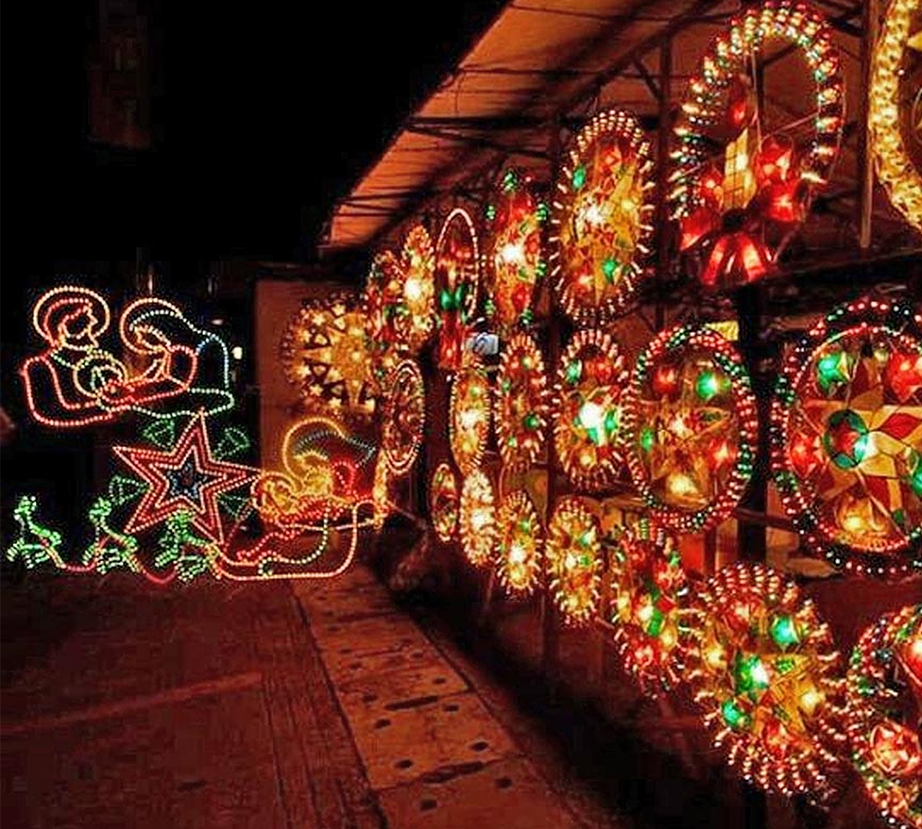 Let these classic and nostalgic traditions remind you of the unique Christmas spirit that Filipinos bring during the Holiday season. 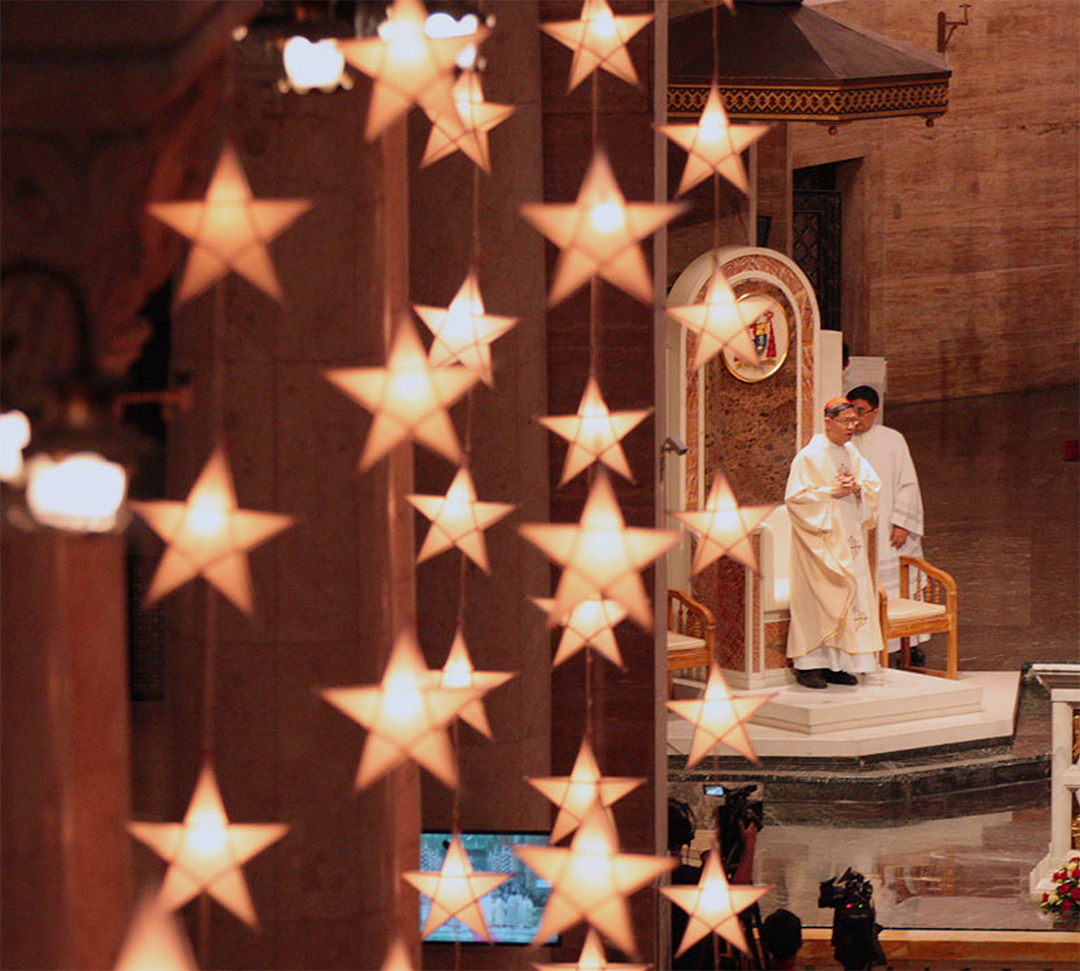 What’s an early morning Simbang Gabi mass without a warm, sweet, and starchy breakfast? Puto Bumbong and Bibingka are classic Filipino treats that become extra popular during the Christmas season. The appetizing and smoky aroma from the stalls lure in the church goers after the mass for an early breakfast enjoyed with family and friends. These are definitely the perfect Pinoy holiday treats! 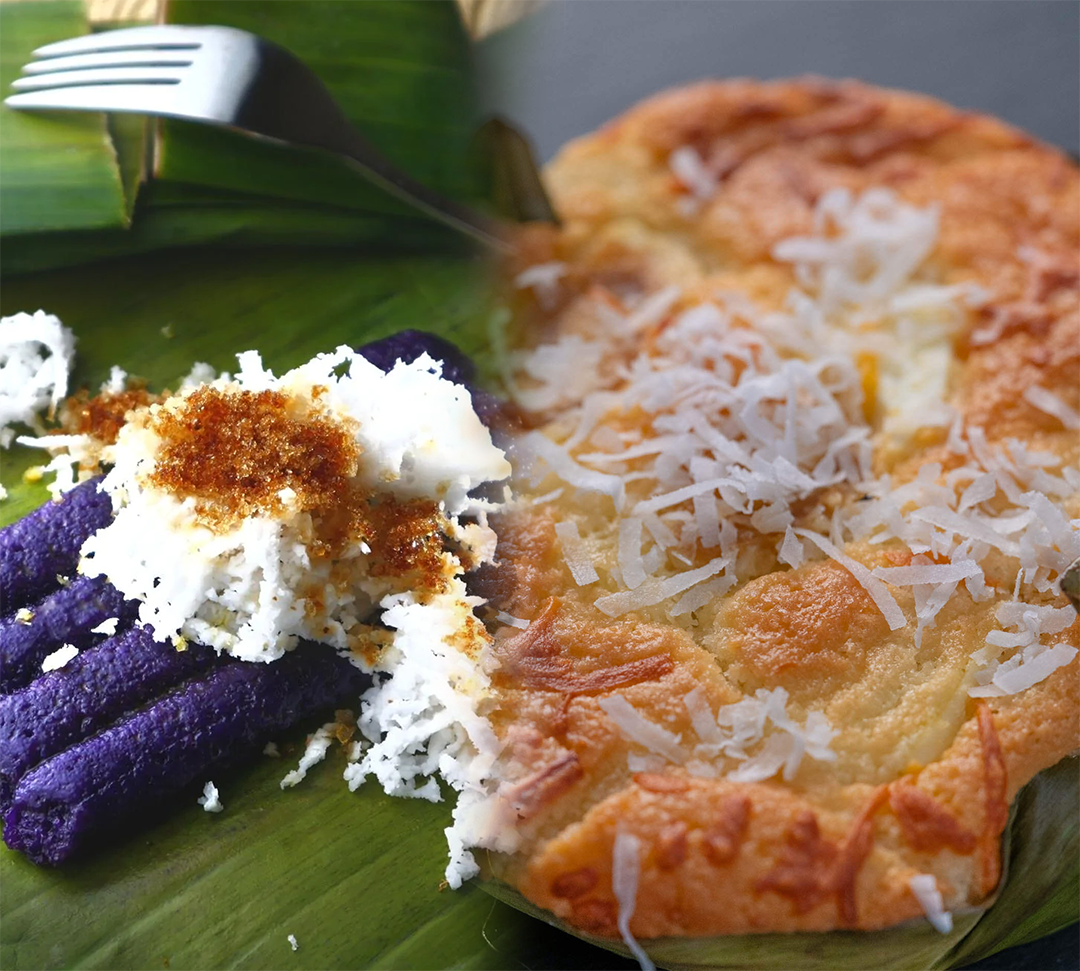 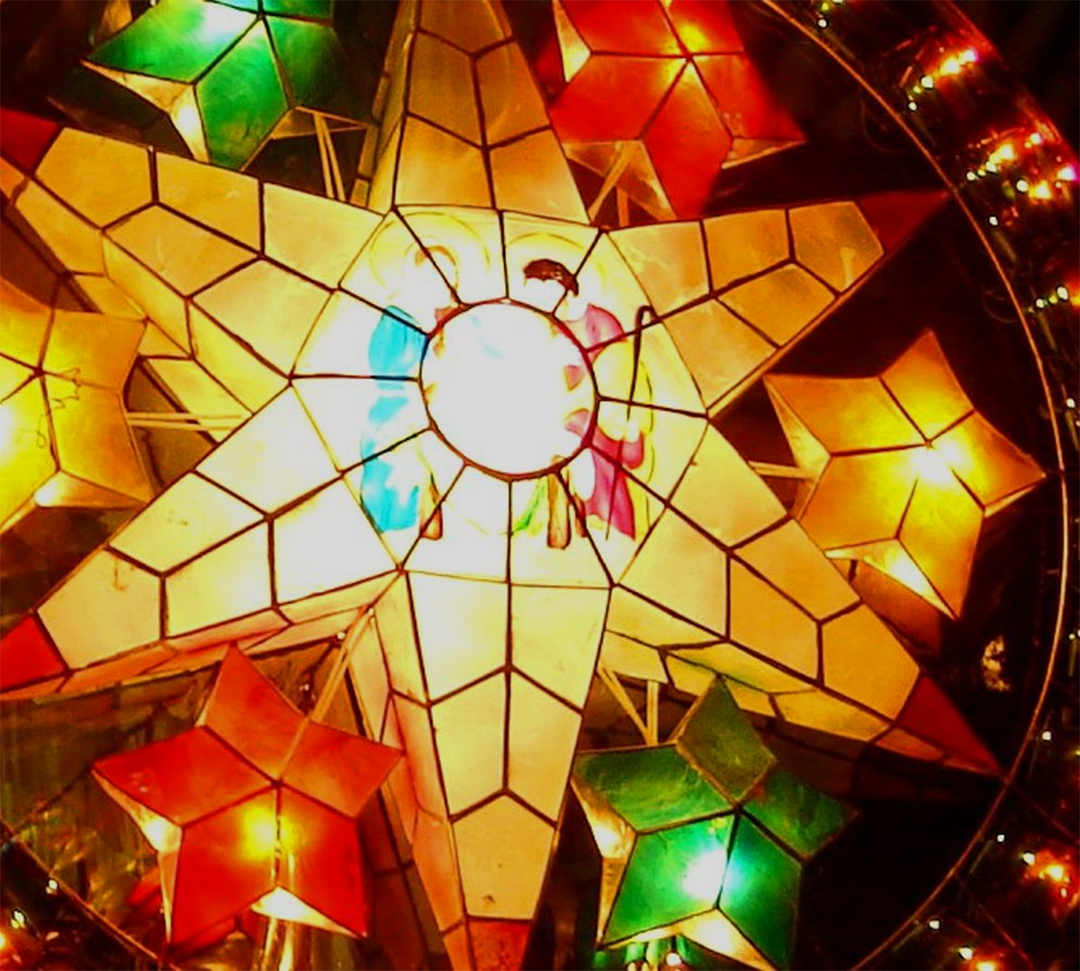 When we think about Christmas in the Philippines, it’s almost automatically that we think about the parol. Whether they be displayed on buildings, houses, or sold on the side of the road, seeing parols everywhere you go is a clear indicator that a colorful Filipino Christmas is upon us.

These lanterns are typically made of wooden sticks, paper, plastics, or of more expensive materials such as sea shells. San Fernando, Pampanga, or dubbed as the Christmas capital of the Philippines, even has their own Giant Lantern Festival where they parade and boast of parols that are equally vibrant, extravagant, and gigantic!

The spirit of giving may be highlighted during the holiday season, but Filipinos have always had a natural habit for gift giving as a way of showing love. Monita Monita can be considered as the Filipino version of Secret Santa, and is often practiced in classrooms, offices, and gatherings of family and friend groups. You secretly pick your Monita or Monita, and someone in turn secretly picks you! The fun lies in discovering who picked who, and what gifts they got. 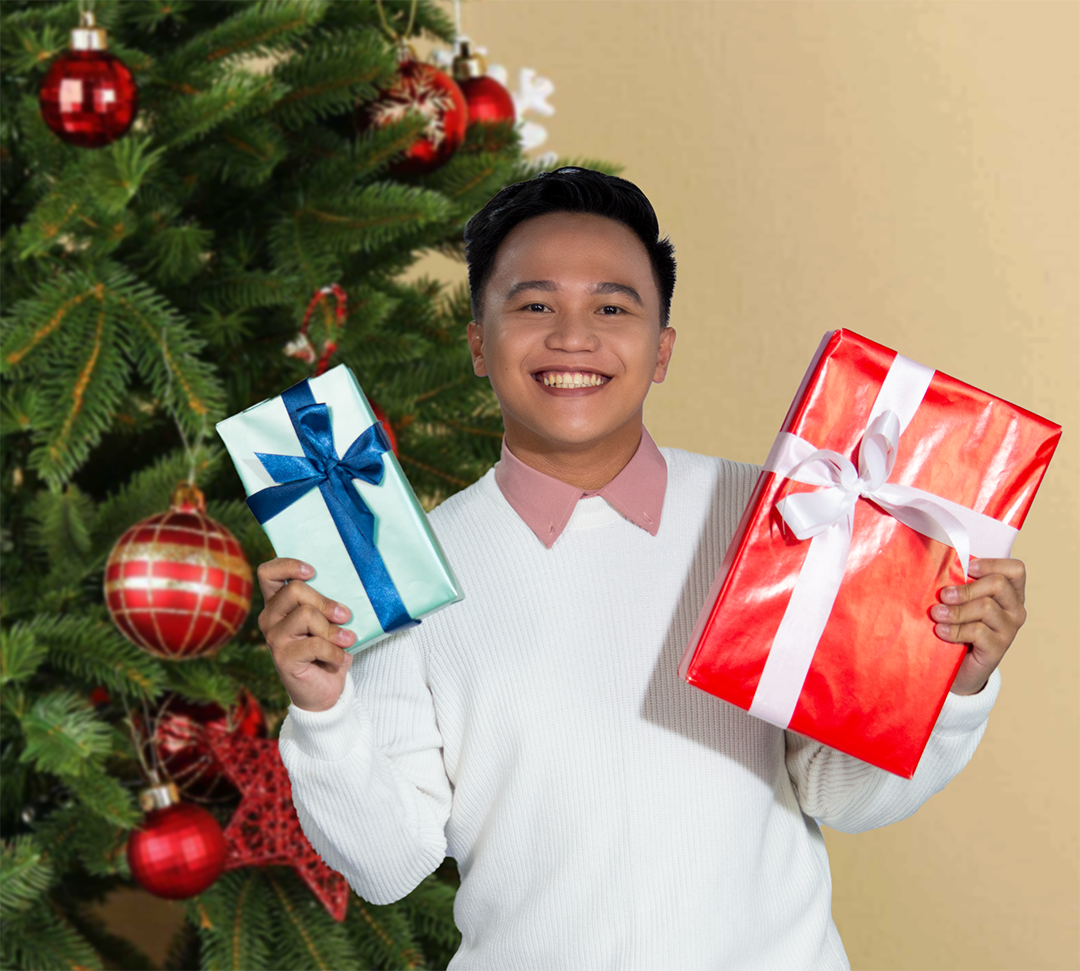 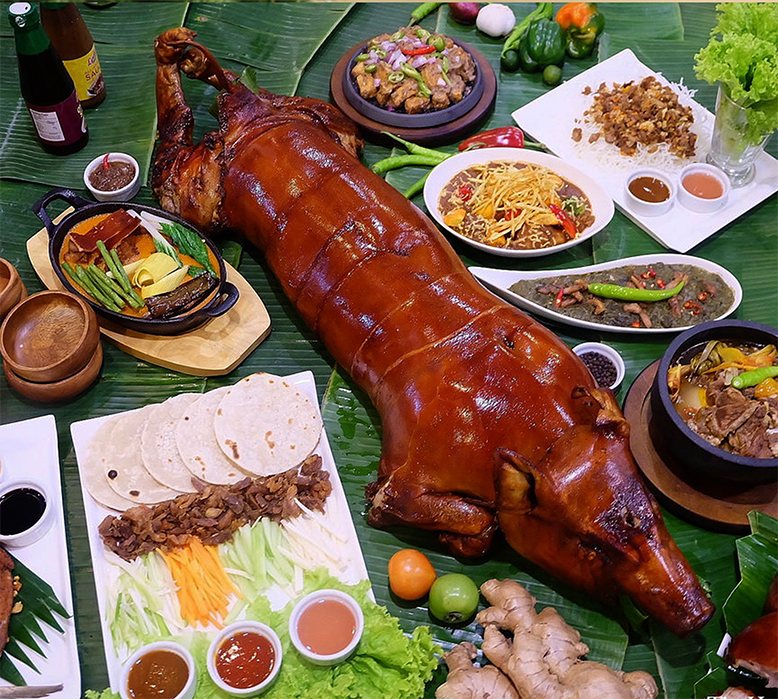 The much awaited feast after the Misa De Gallo on Christmas eve, families head home to enjoy their Noche Buena preparations. Dishes such as the hamon, queso de bola, fruit salads, lechon, and traditional Filipino kakanin are often served. Families gather and feast as they wait for Christmas day and joyfully open their presents.

The best way to ease through the Christmas season is by listening to Christmas music, and singing is something that Filipinos do very well! As early as September, Pinoy Christmas tunes such as Pasko Na Naman, Ang Pasko ay Sumapit, Kumukutikutitap and most especially Jose Mari Chan’s Christmas in our Hearts are often heard in radios, television, supermarkets, and even malls. By the time December rolls around, you’ll hear a group of kids (sometimes even adults) singing Christmas carols outside your house. That’s when you’ll know Christmas is certainly near! 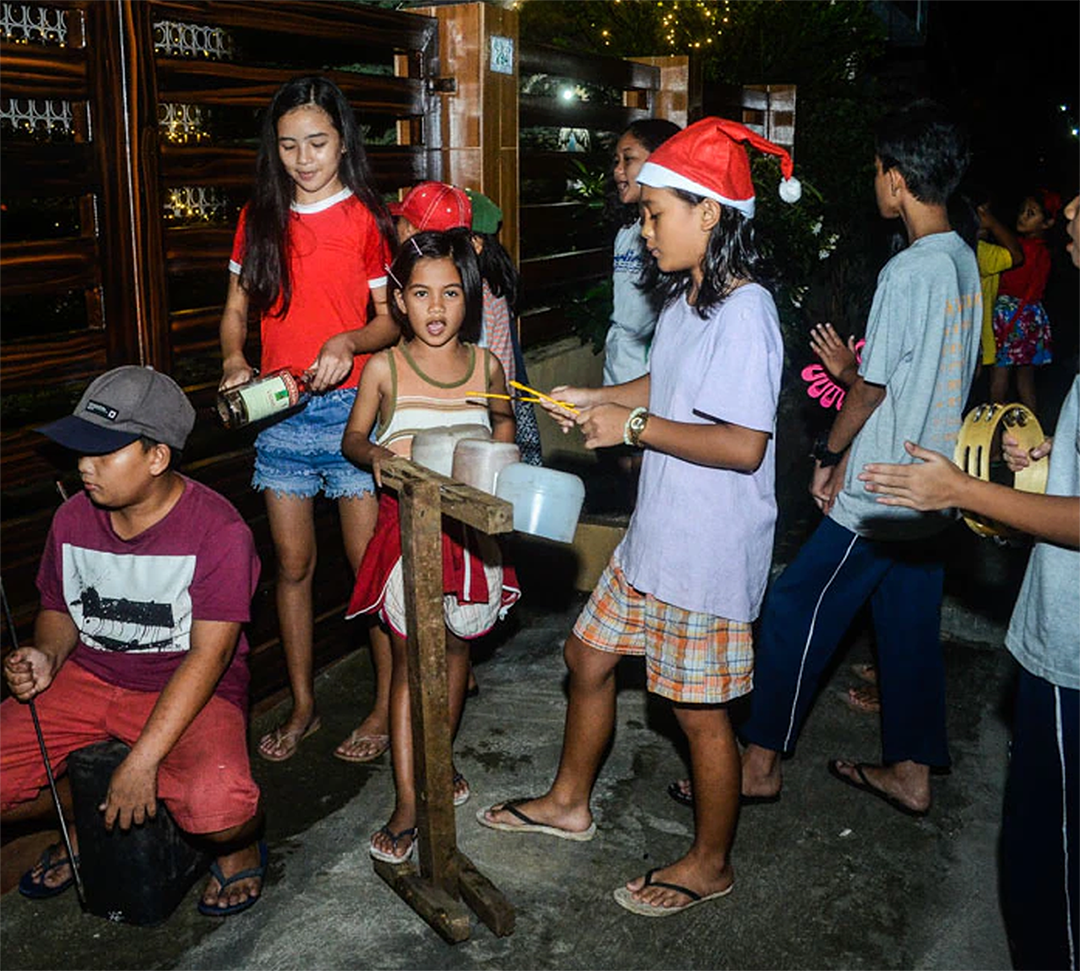 These fascinating elements of a Filipino Christmas are what definitely makes a unique Holiday celebration in the Philippines. Though influenced by different cultures in the past, Filipinos have learned to make these traditions uniquely their own. Most of all, they are a true reflection of how Filipinos value the gifts of family and community. A few more weeks to go until Christmas day, which of these traditions are you looking forward to experience soon?